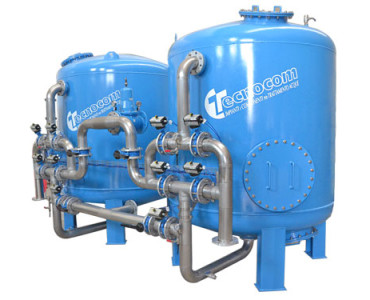 Quartz (silica sand) filtering is a mechanical treatment with the purpose to detain particles bigger than 50 microns such as suspended solids, oxidized iron, sand, etc from water. The filtering process is carried out in a pressurized column and leads the quartzite to a progressive saturation. The equipment then performs a cleaning operation, automatically inverting the flow of water in the column to recover the original work conditions. The water which exits loaded with suspended solids (oxidised iron, sand, etc.) is sent to the discharge. Once the cleaning operation is over, the filter is newly ready for a new filtering cycle. The amount of water produced for each cycle depends on several factors such as: amount of suspended solids in the water to be treated, diameter of the filter, granulometry of the quartzite and size of the particles. 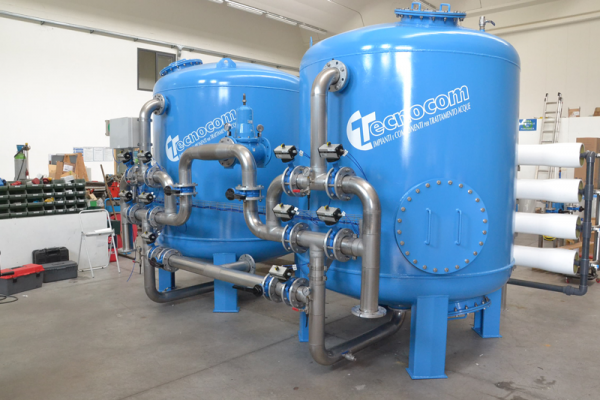 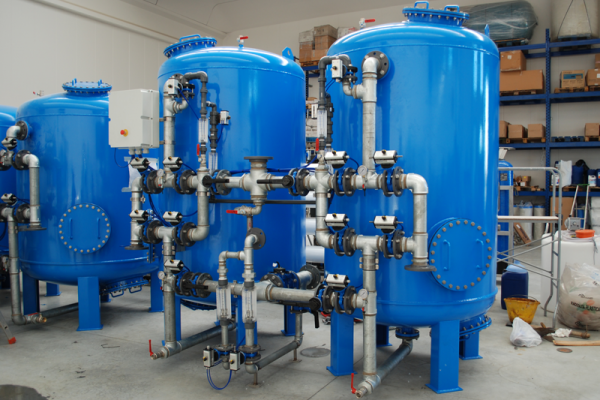 Carbon filtering is an absorption treatment whose purpose is to remove from water oxidants, organic substances, surfactants, etc. The absorption process is carried out in a pressurized column and brings the active carbon to a slow saturation; when saturated, the carbon must be replaced. During absorption, the carbon may be clogged by suspended solids: in that case the equipment performs a cleaning operation, automatically inverting the water flow in the column, to restore the original work conditions. The output water is sent to discharge. Once cleaning is over, the filter positions again on the work cycle. The amount of water produced by the carbon before its exhaustion depends on several factors such as: quantity and type of substances to be detained, diameter of the carbon filter and granulometry of the carbon.. 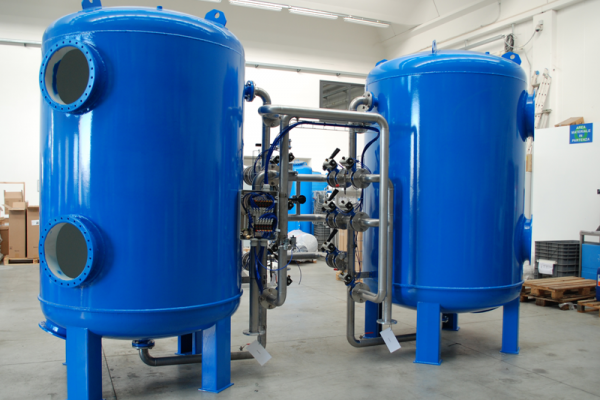 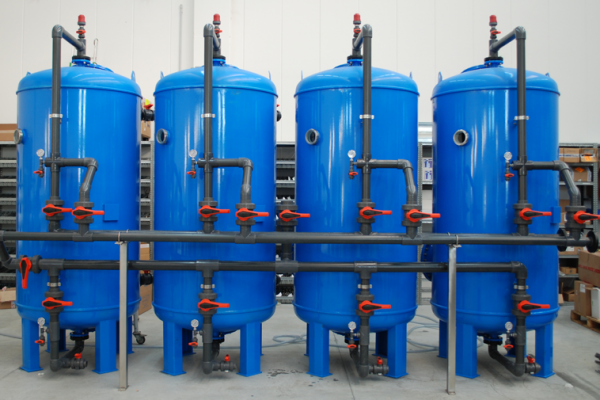 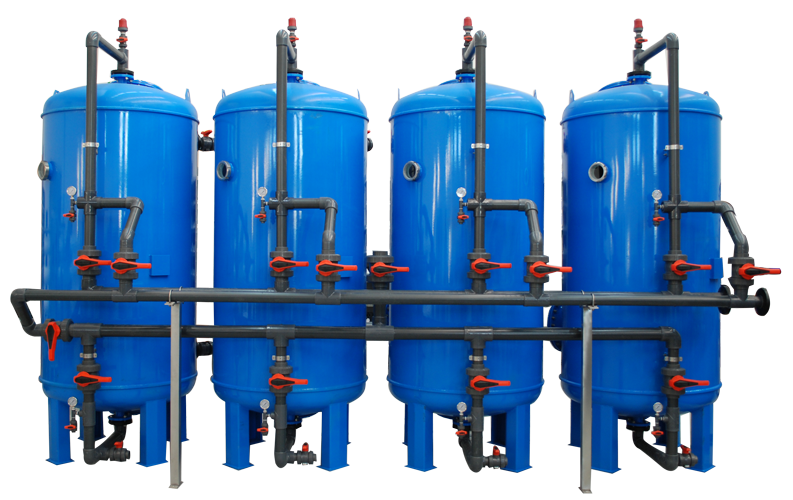 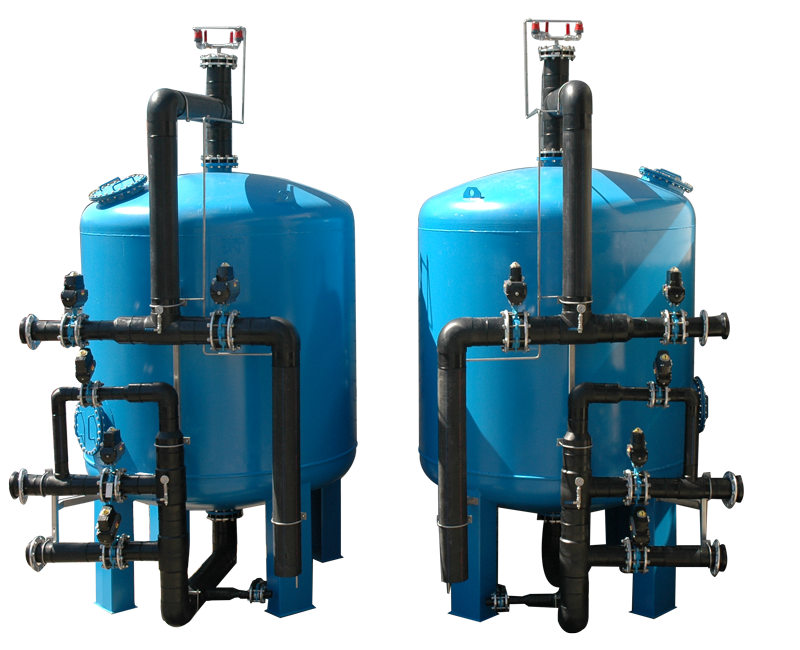 Manganese zeolite filtering is a chemical treatment which enables to remove substances such as iron and manganese from water. The treatment is realized with two different techniques: if the main purpose is the removal of iron, the system shall work in CONTINUOUS mode; for the removal of manganese the system shall work in DISCONTINUOUS mode. The water to be treated must be pre-oxidised with potassium permanganate and/or sodium hypochlorite in a tank upstream the equipment. The contact time between the chemical products and the substances to be oxidized shall be at least 20 minutes. The water treated this way enables the oxidation of iron and manganese in the tank, a pump sends the water to the zeolite column. The zeolite filter performs counterflow cleaning with water only, to remove the filtered substances. Il system in discontinuous mode, instead, operates regenerating the zeolites with potassium permanganate. No product shall be added to the water to be treated; the water is directly sent to the filter which oxidizes the iron and/or the manganese directly in the column. The removal of iron and manganese from water brings the zeolites to saturation, the equipment performs regeneration with permanganate to restore the original work conditions. The water which exits loaded with iron and manganese oxides is sent to the discharge. The amount of water produced for each cycle depends on several factors such as: iron and manganese to be treated, diameter of the filter, amount of zeolite used and type of regeneration (continuous or discontinuous).